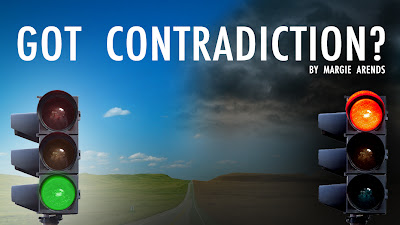 We serve a God of mysteries! Have you ever felt elated by the promises of God only to find yourself, later, in what seems to be complete contradiction to what He has promised? Actually, that just might be a good thing. Let me explain.


Throughout the record of Scripture we see that God is a lover who is looking for those who want a deep, abiding and loving relationship with Him. Unfortunately, many have turned their backs on Him and pursue other things. So, in order to test who is sincere in pursuing His heart, God often hides the truth about Himself to see who will search for it. Jesus said that He spoke in parables in order to reveal the mysteries of His Kingdom to those who wanted God, and to hide those mysteries from those whose hearts are far from Him. One statement that He made more than any other was: “Let him who has ears to hear, hear!” By this He was indicating that not everyone who heard His words would understand the truth that He was revealing.

In the book of Esther, there is a major contradiction that plays out. It seemed as though the enemy of the Jews had secured their certain extinction. A plan was hatched to bring honor and fame to Haman, who despised Mordecai, a Jew who cared deeply about his people. But, in his arrogance and hatefulness, Haman developed a plan that eventually backfired on him. Instead of destroying Mordecai and the Jews, God arranged circumstances so that Mordecai was exalted, the Jews were rescued and Haman hung on the gallows he had built for Mordecai.

In the midst of desperate circumstances, when a decree had gone out that the Jews were to be annihilated, the people of God cried out to Him to be rescued and to obtain justice. Their circumstances seemed to paint a picture of impending doom. Their almost certain demise was in direct contradiction with the protection God had promised His chosen people. However, God used those very circumstances to bring deliverance and victory to the Jews. Because of Haman’s wicked plot they actually ended up far better off than they had been previously. Mordecai became second only to the king and had great authority, power and prestige in the kingdom.

At the beginning of this year, God gave our church family a promise through Isaiah 54. This was confirmed at least 3 times and we knew He was speaking to us. At the time the word was given, we had gone through some significant losses and were carrying a sense of grief and barrenness. But, what a mighty God we serve! He sent encouragement in the midst of a storm, in the midst of loss and brokenness.

Isaiah 54 begins with an admonition to shout for joy, even in the midst of barrenness! It speaks of fruitfulness for the one who appears to have no hope of multiplication. And in the midst of such circumstances comes the forecast that enlargement is needed because of the expansion that God is about to bring! It promises possession of nations and resettling of desolate places. That is quite an exciting promise for those who are feeling loss and grief. This entire chapter of Isaiah speaks of the contradiction of present circumstances as compared to the future that God has in store for those who are His.

In His mercy, God reassures us, through this chapter, that He will not allow us to suffer humiliation or reproach and that He will be our Husband and our Redeemer! He gives His steadfast commitment of lovingkindness even if the mountains are removed and the hills shaken. He promises to establish us in righteousness and also promises that our children will be taught by the Lord Himself. And as though that were not enough, He also promises that if anyone comes against us, it will not be from Him and they will utterly fail because of us. He declares that NO weapon formed against us will prosper. This is our heritage from Him and He will vindicate us!

Beloved, this promise is for all who are a part of our church family. God has brought us together “for such a time as this.” He has an amazing plan to allow us to bring in the harvest and to bring glory to His name. What a privilege and an honor. But it will take “all hands on deck.” He is laying out for us a bright and exciting future if we will look past the contradictions and believe in His promises instead. (Please take time this week to read Isaiah 54!)

If you are experiencing contradiction in your own life, be encouraged. Contradictions often come to test us and to show forth His glory in the end. He is for you not against you. Put your faith in what He says about your future. And come join the family as we enlarge our tent and see Jesus get His full reward!
Posted by Pastor Margie Arends at 11:36 AM No comments: